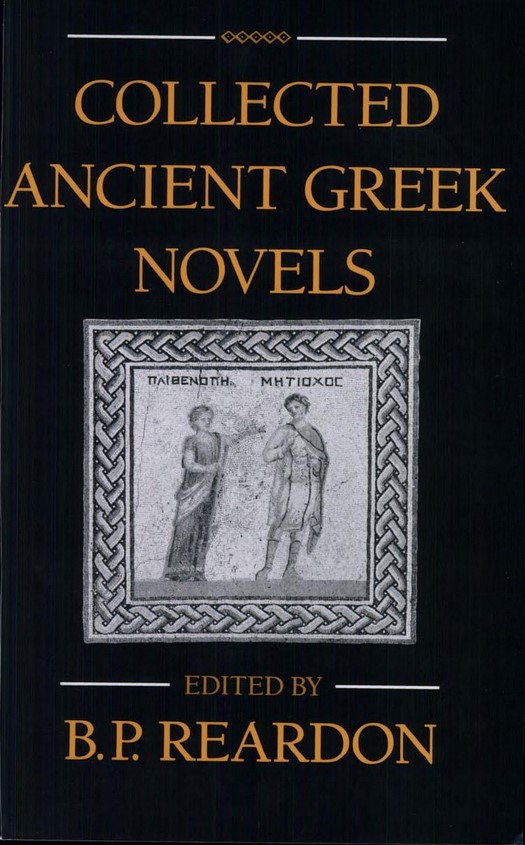 We are looking at the gospel narratives in their literary-narrative context. First we saw a tale of an empty tomb; then we noticed several instances of innocent heroes surviving crucifixion, and now we see how viable the notion of a bodily resurrection from the dead was.

Maybe you have sometimes heard a scholar declare that the very idea of a physical resurrection was unthinkable, certainly abhorrent, to people in the ancient Greco-Roman world. Well, that’s simply not so, as the following details from a late second century novel testify. The novel is Leucippe and Clitophon, by Achilles Tatius.

The reader shares the view of the narrator witnessing the sacrificial death from afar off. (Heard that one before?) The body even becomes a sacrificial meal.

We could in fact see brigands aplenty and fully armed standing on the opposite side of the trench. They had improvised an altar of earth and near it a coffin. Two of them were leading a girl to the altar with her hands tied behind her back. I couldn’t see who they were in their armor, but I did recognize that the maiden was Leukippe. They poured a libation over her head and led her around the altar to the accompaniment of a flute and a priest intoning what I guessed was an Egyptian hymn — at least, the movements of his mouth and the distention of his facial muscles suggested that he was chanting.

Then at a signal they all moved far away from the altar. One of the attendants laid her on her back and tied her to stakes fixed in the ground, as sculptors picture Marsyas bound to the tree. He next raised a sword and plunged it into her heart and then sawed all the way down to her abdomen. Her viscera leaped out. The attendants pulled out her entrails and carried them in their hands over to the altar. When it was well done they carved the whole lot up, and all the bandits shared the meal.

As each of these acts was performed, the soldiers and the general groaned aloud and averted their eyes from the sight. But I, contrary to all reason, just sat there staring. It was sheer shock: I was simply thunderstruck by the enormity of the calamity. Perhaps the myth of Niobe was no fiction after all: faced with the carnage of her children, she felt just as I did, and her emotional paralysis had given the appearance of petrifaction.

When the ceremony was concluded, so far as I could tell, they placed her body in the coffin, covered it with a lid, razed the altar, and ran away without looking behind them. All this was done according to the rubrics sanctioned by the priest. (Book 3, Section 15)

Clitophon is so distraught over what he has just witnessed that he prepares to kill himself:

At some point during the first night watch, having waited until every- one was asleep, I went out with my sword, intending to kill myself by the coffin. When I reached it, I drew my sword and said: “O poor Leukippe, least happy of all human beings! I do not mourn merely the fact of your death, nor its alien milieu, nor its violence, but rather the farce your murderers made of your misfortune, that you were an expiation for those execrable bodies, that they slit you (alas!) alive, witnessing your own incision. They took communion of the secrets of your stomach and left what was left of you on an abject altar and bier. Your body is laid out here, but where will I find your vitals? Oh, far less devastating had the fire devoured them, but no — your insides are inside the outlaws, victuals in the vitals of bandits. (3.16)

I held my sword up, poised to plunge it down through my throat. In the light of the full moon I saw two men running quickly towards me. Thinking they were bandits, I waited for them to come and kill me, but as they came nearer they began to shout. It was Menelaos and Satyros. And yet, in spite of the unexpected discovery that two close friends of mine were alive, I could not bring myself to embrace them or feel any real joy, my mind was so numb with grief. They grabbed my hand and tried to take away the sword.

“By all the gods,” I cried, “do not deny me this noble death, this medicine, rather, to heal my misery. I cannot continue living, even if you try to force me, now that Leukippe has died such a death. You can take away this sword, but the sword of grief is even now driven into my heart and cuts deeper every moment. Would you have me linger forever on the edge of death?”

Menelaos replied: “If this is your reason for dying, hold your sword. Leukippe will now come to life again.”

I stared at him and said: “How can you mock me in my misery? That’s a fine tribute, Menelaos, to the god who watches over strangers abroad.”

Then he tapped on the coffin. “Since Kleitophon doesn’t believe me, tell him yourself that you’re alive, Leukippe.” As he said this he tapped on the top of the coffin a second and a third time, and I heard a delicate voice from under the lid. I began to tremble all over and looked at Menelaos, wondering whether he was a magus. He opened the coffin, and Leukippe rose up, a frightening (O gods!) and blood-chilling sight. The entire length of her stomach hung open, and the visceral cavity was hollow. She fell into my arms’ embrace, we pressed close, and then we both collapsed. (3.17)

An explanation is called for . . .

When I gradually came to, I asked Menelaos: “Tell me what’s going on. This is Leukippe, isn’t it — her body I hold, her voice I hear? Then what was all that I saw yesterday? One or the other has to be a dream. But this kiss is real and alive; its sweetness is none other than Leukippe’s.”

“And now,” said Menelaos, “she will recover her innards, her frontal gash will grow together, and you will see her once more sound. But cover your eyes, for I am summoning Hekate to the deed.”

I trusted him and covered my face. He began some hocus-pocus and recited some magic words. Then, as he spoke, he removed a contraption from her stomach and restored her to her original condition.

I was very slow and fearful about doing so, for I did indeed think Hekate was there, but finally I removed my hands from my eyes and saw Leukippe intact and sound.
Still more amazed, I asked Menelaos, “My dearest friend, if you are some servant of the gods, I beg you to tell me where in the world I am and what am I seeing.”
And Leukippe said: “Menelaos, stop frightening him. Tell him how you fooled the bandits.” (3.18)

More adventures follow and Clitophon is thrown in jail where, after hearing fellow-prisoners talk about their stories, he is finally convinced that Leucippe really has been murdered.

So I said: “Which deity deceived me with a brief bout of joy? What god put Leukippe on display in this new plot of disasters? I did not even satisfy my eyes — yet they gave me the only happiness I had. I did not take my fill even of looking. All my pleasure was just a dream! O my Leukippe, how many times you have died on me! Have I ever had a rest from mourning? I am always at your funeral, as one death hastens to re- place another. But those were practical jokes that Fortune played on me; this is no longer one of her tricks. Well then, Leukippe, how did you really die? In the case of those sham deaths I always had some consolation, however small: in the first, your whole body was left me; in the second, I lacked only your head (as it then seemed) for a proper burial. But now you have died twice over — soul and body both are gone. You escaped from two gangs of cutthroats, but Melite’s pirates have killed you. Oh the unholiness and sacrilege of it: how many times I kissed your butcher, how our limbs intertwined in defilement, and the ultimate gift of Aphrodite I gave to her, not you!”

While I was wailing, Kleinias entered. I told him everything, and that I had made up my mind to die. He tried to console me. “Who knows whether she is alive this time too. Hasn’t she died many times before? Hasn’t she often been resurrected? Why be hasty about your death? You’ll always have time for that, after you’re clear about her death.” (7.5-6)

The idea of a bodily resurrection from death was certainly not inconceivable. It made good entertainment.