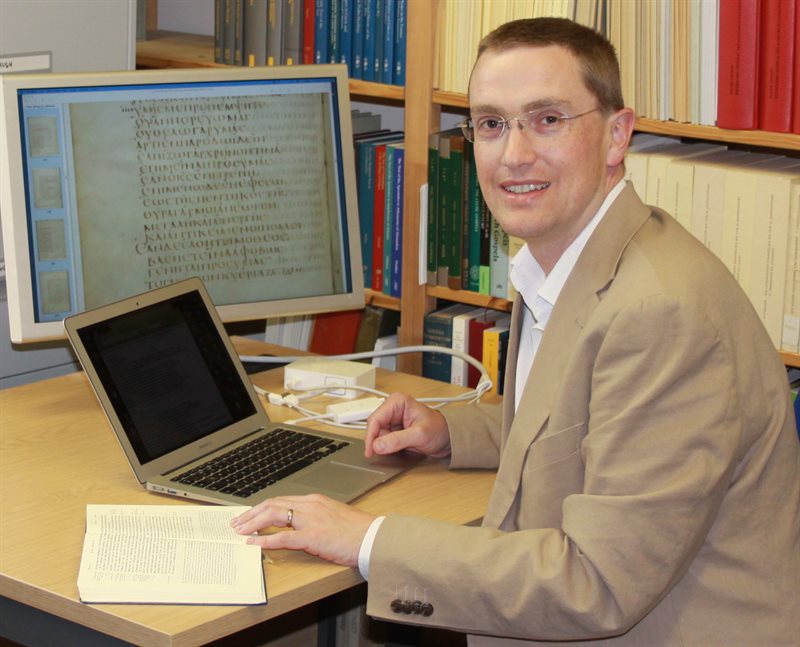 The earliest Latin interpretation of the Gospels has been brought to light by a British academic – and it suggests that readers should not take the Bible literally.

Lost for 1,500 years, the fourth-century commentary by African-born Italian bishop Fortunatianus of Aquileia interprets the Gospels as a series of allegories instead of a literal history.

Dr Hugh Houghton, of the University of Birmingham, who translated the work, said it was an approach which modern Christians could learn from.

The find adds weight to the idea that many early biblical scholars did not see the Bible as a history, but instead a series of coded messages which represented key elements of Christianity, he said.

“There’s been an assumption that it’s a literal record of truth – a lot of the early scholars got very worried about inconsistencies between Matthew and Luke, for example.

“But for people teaching the Bible in the fourth century, it’s not the literal meaning which is important, it’s how it’s read allegorically.

“In contemporary Biblical scholarship a lot of the gospels are written with symbolism in mind.

“They are not setting out to be literal accounts but they are set out to be symbolic.”

He said that the Bible had to be “understood in the context that the authors were working in.”

The approach differs from the trend of biblical literalism adopted by modern evangelical and fundamentalist Christians, which interprets the Bible as the literal word of God which is not open to interpretation.

This has been the basis for beliefs such as the idea that the earth is 6,000 years old and that it was created in seven days.

Modern archaeologists have also used the Bible to search for evidence about the life of Jesus, with mixed success.

The 100-page document examines the Gospel of Matthew in great detail and also examines part of the Gospels according to Luke and John.

It had been hidden for 1,500 years within an anonymous manuscript in Cologne Cathedral Library, until it was digitised by the University of Salzburg in 2012, but lay untranslated until Dr Houghton came across it.

He discovered the existence of the manuscript after an Austrian colleague read about it in a local newspaper and told him about it.

The work is thought to have been copied out by a scholar in around 800, more than 400 years after the original was written.

The biblical scholar, from the university’s institute for textual scholarship and electronic editing, has now produced an English translation of the text, which will be published alongside the Latin this week.